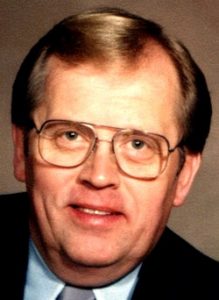 Glenn A. Nelson, 80, of Brandon, SD (formerly of Sioux Falls, SD) died Monday, March 19, 2018 at Bethany Home in Brandon. His funeral service will be 10:00 AM Saturday, March 24 at George Boom Funeral Home & Crematory, Sioux Falls, with burial at Woodlawn Cemetery. Visitation begins at 5:00 PM Friday, March 23 at the funeral home, where the family will greet friends from 5:00 PM to 7:00 PM.

Glenn Arthur Nelson, son of Andrew and Helen (Knudtson) Nelson, was born September 29, 1937 in Vermillion, SD. As a child he moved with his family to Sioux Falls, SD and grew up there. Glenn began work at Red Owl Grocery in 1952. He graduated from Washington High School in 1955.

Glenn was united in marriage with Loretta Semmler on September 10, 1960 in Parkston, SD. The couple made their home in Sioux Falls. Glenn continued his career with Red Owl until beginning work at Great Plains Vending in 1975. After retiring from Great Plains in 1987, he helped his wife at her business, AAA Collections.

Glenn was a member of Hope Lutheran Church. He was also a member of the American Legion, the VFW, the Elks Club and AARP. He enjoyed hunting, fishing and gardening.

Glenn was preceded in death by his wife, Loretta, on October 2, 1993; his parents; and a sister-in-law, Joan Nelson. 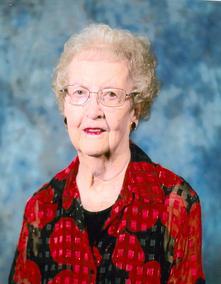 Our Mom, Audrae Bailey, peacefully passed away at her home in Sioux Falls, SD on January 22, 2018 after a short illness.

She was born on January 26, 1926 in Parker, SD to Leland and Lillian (Stevens) Stoddard. Raised in the Parker area, Mom graduated from Parker High School in 1943 and then attended Drake University in Des Moines, IA. She was a member of Chi Omega Sorority and graduated in 1947 with a Bachelor of Arts degree in Biology.

While a college student during World War II, Audrae worked summers for the United States government in Chicago, IL at Navy Pier in various clerical positions as a member of the “Greatest Generation”. She also worked for 15 years at Sioux Valley Hospital as a Ward Secretary until her retirement in 1991.

Audrae married Robert Almond in June 1947. They lived on a farm between Hurley and Parker, SD. From this union were born 4 sons: Steve, Roger, Jeff, and Greg. Robert passed away in 1975.

Audrae was active in many church activities especially Hope Lutheran Church in Sioux Falls. She was also active in the Sioux Falls Prison Ministry and the Union Gospel Mission Auxiliary. She loved music, especially the piano, and enjoyed singing and dancing.

She extensively vacationed during her life in the United States and overseas, including Rome and Jerusalem. Many of her travels were to Chicago with her sons to visit her mother, Lillian, who lived there, and to see the many sites she enjoyed during her summer years in the 1940’s.

Audrae was preceded in death by her first and subsequent husbands Robert Almond, Edward Arntz, and Pastor Harold Bailey; her older sister Charlotte, he mother and father, son Roger, her niece Sharon Pasco and grandsons David and Aaron Almond.